On January 1, 2015, two police Mobile Brigade personnel and a Freeport security officer were killed in an attack led by an armed gang (allegedly) affiliated with the “Free Papua” separatist movement. The government immediately deployed a joint security team that included the Polri (the National Police) and TNI (the Indonesian Military) to investigate the attack and control the situation. Within hours of the attack, the team started disbanding illegal mining operations along the Kabur River because the government suspected the miners of supporting the separatists.

The Kabur River, which runs from the mine to Timika, is a prized waterway for illegal panners. It’s admired by the panners because of small gold particles that can be pulled from the water using centuries old placer mining techniques: panning and sluice boxes. As a result, the river is saturated with illegal panners and their camps and equipment. The three pictures below (of illegal panners working in the Kabur River) were taken during Ally’s field trip to Banti last November. 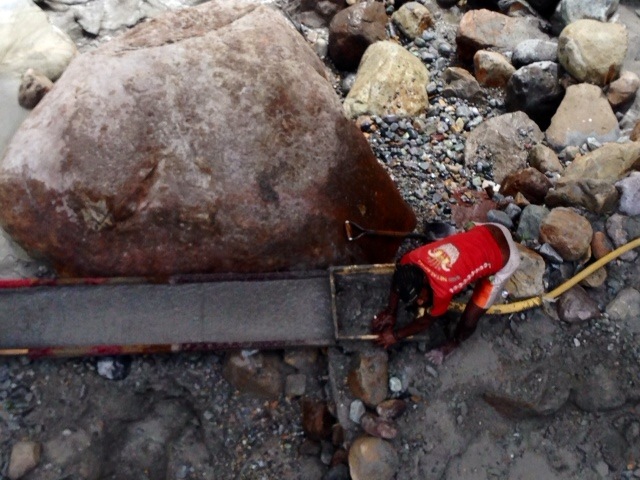 In an effort to suppress the illegal panning operations, the military took action by removing the panners and then setting fire to their camps along the river and their gardens in the surrounding jungle. On January 14, 2015, the Jakarta Post reported that one thousand panners had been removed from the river basin and sent back to their home villages. To ensure that the panners do not return, security posts have been established along the river banks.

After twenty consecutive days of burning, the fires appear to have stopped. 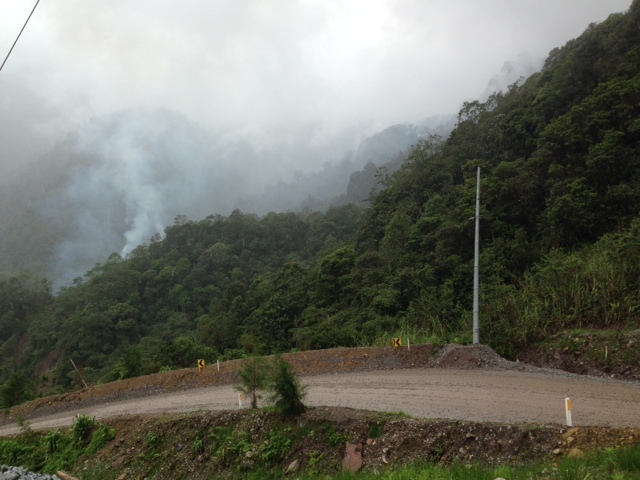 The information written in this post was extracted, and then summarized using my own words, from articles published in the Jakarta Post. Also, my personal opinions and views do not reflect the views of Freeport-McMoRan Inc. or any of its subsidiaries, affiliates, business partners or related business entities.