With visions of iconic landmarks, powder-like beaches, and countless acres of protected national forests that span the Legendary Pacific Coast, we decided to transcend the great American road trip by experiencing Australia by car. After spending three days in Sydney, we rented Australia’s version of the family truckster, loaded our devices with new music, and pointed the car north. Our scenic journey ended 1,063 kilometers later in Noosa Heads.

Day-by-day, we confronted the vastness of the country and reveled in its ever-changing personality. We drove along motorways densely populated by towering trees, expansive palms and ferns, and native bush, making it impossible to see life beyond the perpetual black lines. We drove into small coastal towns punctuated by historic lighthouses, quant beaches, and a mammoth-sized concrete banana. And, when we were least expecting it, we were rewarded with stunning views of a terraced Irish farmstead that had been magically painted in the Australian sky; and a dry, desolate savannah, in mixed tones of browns and rust, that reminded us that the outback wasn’t too far away.

Every great vacation leaves a memorable imprint that lasts a lifetime. We are fortunate to add Australia to our list of vacation destinations. Oooroo, Australia!

This was my favorite moment during the entire trip. As simple as it looks, it was absolutely perfect! We took some time out of our busy schedule to enjoy a quiet moment in the park. Armed with cups of soothing chai, Chris and I sat back, inhaled the crisp fall air, and let the low hanging sun warm our faces while the girls played in the grass (it’s winter in Australia). It’s been more than four years since we’ve experienced a true fall, so it was the ultimate experience. Sometimes the simplest things can give us the most pleasure!

Quad biking in Port Stephens. Kylee and Ally were over the moon on this excursion because they were able to drive their own quad bikes. 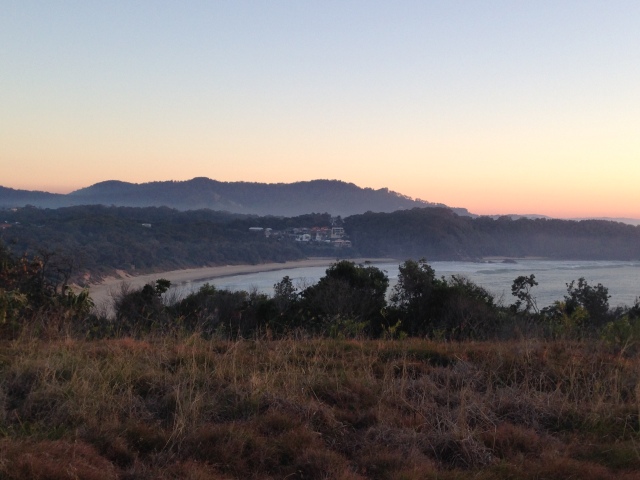 Writing messages on the beach at Byron Bay.

Kylee cuddling a koala at the Lone Pine Koala Sanctuary in Brisbane.

Kylee hanging out with a couple of kangaroos.

Selfie (with a kangaroo)! 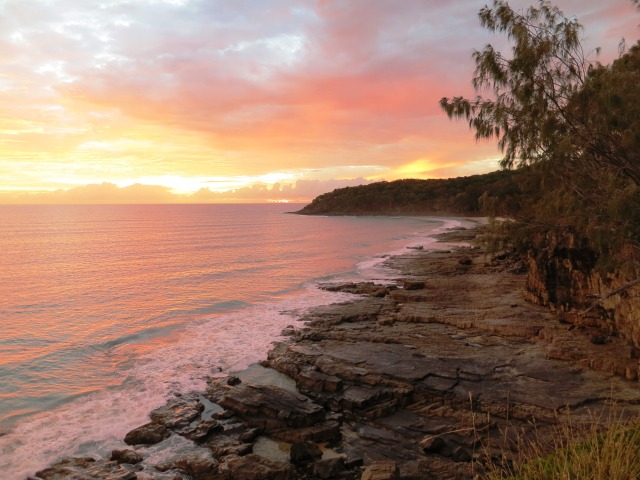 A sunrise in Noosa Heads.

The girls enjoying the beach in Noosa Heads.

Chris and the girls hiking in Noosa Heads National Forest.

Boarding the plane in Cairns, Australia, to return to Timika.

Everyone’s boarded and ready to go.  This is the closest that we’ll ever get to being on a private jet. Other than one other expat on the plane, we were the only passengers on this flight. Even though the cabin is almost empty, the cargo container was completely full of goods that were delivered to jobsite.

6 Responses to An Australian Road Trip